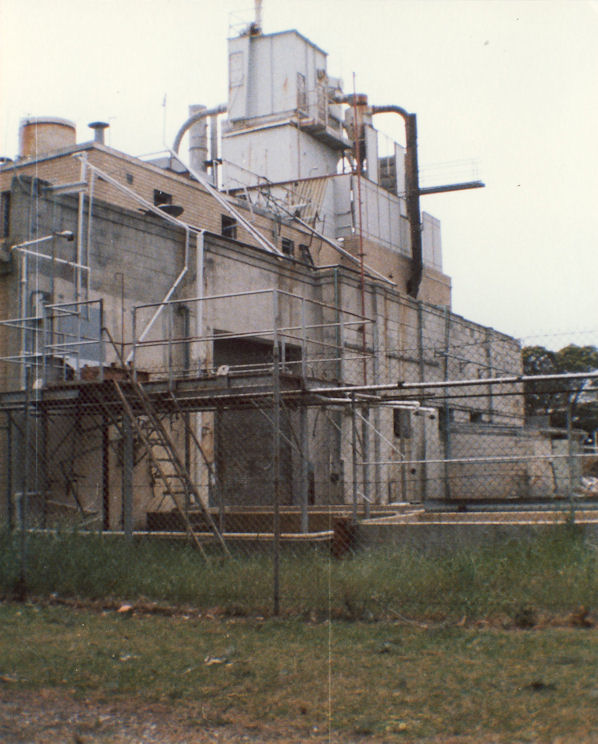 To the south, it was 50 m from a residential settlement including my family home. Like many of my childhood friends, I spent the first the 20 years of my life exposed to whatever fugitive emissions came out of that factory. But no one in authority seemed to care.

In the 1970s a Health Department survey was taken and the average blood lead level (BLL) of the workers was around 68μg/dL - a level known to be toxic. Freedom of Information requests have revealed numerous documents referring to toxic levels of lead in the air and in workers blood leading to proposed prosecution.

The lead levels inside the factory were long considered too high.

In the 1970s the EPA granted it a licence to emit air into the atmosphere. Large chimneys were erected.   It is assumed this was to lower worker risk. But frankly it simply blew the toxins out into the community. Not only this but local residents witnessed well meaning workers sweeping the damp contents of the internal floors out a set of doors or dumping wheel barrow loads of sludge on to the park next door

On many nights at around 2AM we would wake to a loud metallic banging noise. This was when the lead dust in the recycler had blocked the convolution of ducts that lead from the first to fourth floor collection area. The banging was workers hitting the piping with metal rods trying to dislodge the clumps of lead dust. When this didnt work they would take down the offending part and using air compressor equipment blow the blockage free ......  Official documents exist to confirm admission by Dunlop of the poor design of these ducts. Health Department documents exist in relation to frequent breakage of the lead collection bags which would lead to fugitive emissions.  Certainly I recall many nights when it was impossible to inhale if I was in my driveway due to sulphuric acid fumes that had escaped from the factory. FOI documents reveal that workers refused to work in the sulphuric acid room because the fumes were intolerable. So they left the doors open to let it dissipate.....

In 2011 a paper was published reviewed lead levels in current battery workers and children who lived nearby in 37 countries (*). The average worker BLL in a recycler plant was 64 μg/dL. The average level in children was 19 μg/dL.. I can only assume our levels were at least this high. While that may not seem diabolical when you consider that acute toxicity happens over around 80 μg/dL. Several things must be taken into account

1. children absorb around 30% of what they inhale/ingest

2. it is stored long term in their bones.

3. it is not an acute exposure in this case but a daily dose which would accumulate over 2 decades and take a life time to come out.

Had I lived in Port Pirie or Mt Isa as a child I would have had my blood tested,.At least I would have known my risk. But in Sandringham no one seemed to notice.

No one then or now ever looked into the health of the people potentially affected by the activities on that site.

The site was cleaned up and rezoned as residential by the Local Council. Dunlop moved its battery operations to Elizabeth South Australia - with a 1KM  area around it where residential building was prohibited.

The park was forgotten. Until 2007 when a large tree was blown over by a freak gust of wind. Tangled in its roots were large amounts of industrial and other waste. The EPA was called in and Council offered to clean up. No one contacted Dunlop.

Bayside Council has spent around $2M and annexed a further $1.5M to clean up the park.

Last week EPA served an official notice on Council to recheck the site as they fear the cleanup has not been done properly.

I hope Dunlop will step up and pay for the clean up costs that are currently being paid for by Ratepayer. Ironc to think the very people who may have been affected by the contamination are also paying to clean up the mess.

I am waiting for them to call me back.

I also hope Bayside Council, the Department of Health and Work Cover, will take their corporate responsibility seriously and look into the health of the people affected. I hope they might apologise to us all for allowing this industry to flourish in our small community.

Review: Lead exposure in battery manufacturing and recycling in developing countries and among children in nearby communities.